The S&P 500 Index fell for the third straight week as solid economic news continues to unsettle the markets. Why? Investors fear resilient economic data gives the Fed carte blanche to continue to aggressively hike interest rates. The Index was down 3.23% last week and 4.08% for the month of August2. It rallied over 17% from June 16 to August 16 on hopes the Fed might pivot away from its hawkish policy given the possibility that inflation was slowing1. The rally was fleeting, however, as the reality set in that inflation might be slowing but is still a long way from the Fed’s target, especially in the face of mostly reasonable economic data1. And since then, the S&P 500 is down nearly 9%. Nor was there solace to be found last week in investment-grade bonds, either, as the Bloomberg Aggregate Bond Index was down 1.02%2.

Manufacturing, consumer confidence and labor market data for July and August came in mostly better than expected last week. The ISM Manufacturing Index was unchanged from July to August at an expansionary level of 52.8, which was ahead of market expectations and not indicative of recession1. Likewise, the Conference Board’s Consumer Confidence Index rebounded sharply in August and came in well ahead of market expectations, with its first increase in four months and at levels consistent with economic expansion1. Finally, the Job Openings and Nonfarm Payroll data released last week for July and August showed continued tight labor market conditions. The 11.2 million open jobs as of the end of July are nearly twice the number of unemployed workers1. Nonfarm Payrolls expanded by 315,000 jobs in August and average hourly earnings increased at 5.2% year over year1. While this data was slightly below expectations, it gave scant evidence of a slowing job market, which the Fed needs before it can be less aggressive.

All this data combined is likely sufficient evidence for the Fed to keep its hawkish policies in place for the foreseeable future. As a result, we believe investors should expect continued market volatility. We remain focused on maintaining patience, balance and discipline in managing our investment strategies in this uncertain environment. 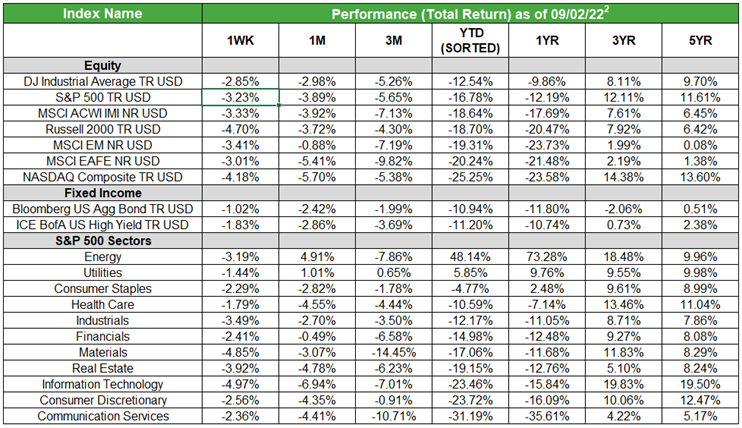 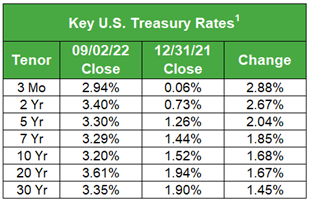