The first (June 25th) marks the 51st anniversary of the Beatles song "Paperback Writer" hitting number #1 on the U.S. Billboard Hot 100 music chart back in 1966). As most hardcore Beatles fans know, this song was a part of the super group's "transition" period of musical work (think Rubber Soul and Revolver), which came between its "traditional pop" sound that ended with the Help! album and the arrival of their more creative period starting with the Sgt. Pepper 's Lonely Hearts Club Band album.

Besides “Paperback Writer” being the penultimate song played during the final live tour as a band in 1966, it is also noteworthy because the band challenged themselves creatively to write the song using only one chord, G. They came incredibly close to doing it for the whole song, but for whatever reason they shifted to a C chord at the end. Some Beatles historians believe it was either the influence of Indian sitar music or their increasing use of marijuana that influenced this creative spark.

The second anniversary (June 23rd) was the "Brexit" vote that happened one year ago. The citizens of the United Kingdom voted in favor of a referendum calling for the country to withdraw from the European Union. Similar to writing a song totally in the one chord, the uncertainty challenged capital markets at the time, sending global equity indices drastically lower for four days after the vote. Today we still do not know what the ultimate outcome of the vote means for both the U.K. and Europe (negotiations on the terms of the exit will carry on for another two years). However, global equities have rallied since the bottom on June 27th last year, surprising many market participants. 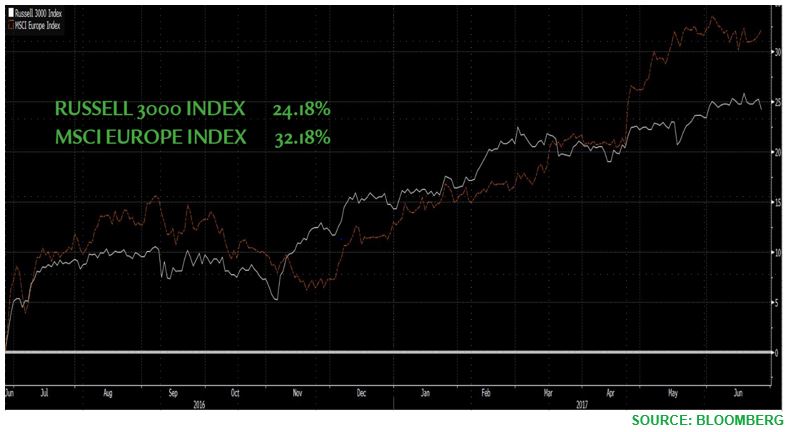 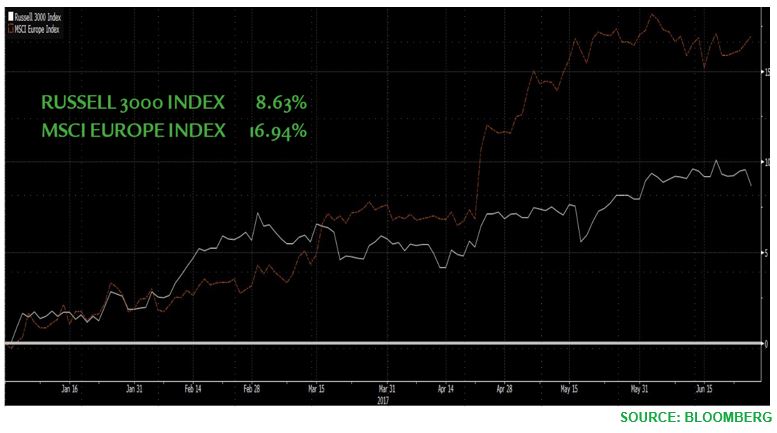 All of this is a great reminder of the importance of having a global approach to equity investing and sticking with it. Sometimes it is very hard in the face of uncertainty, but you never know when the tide will turn.