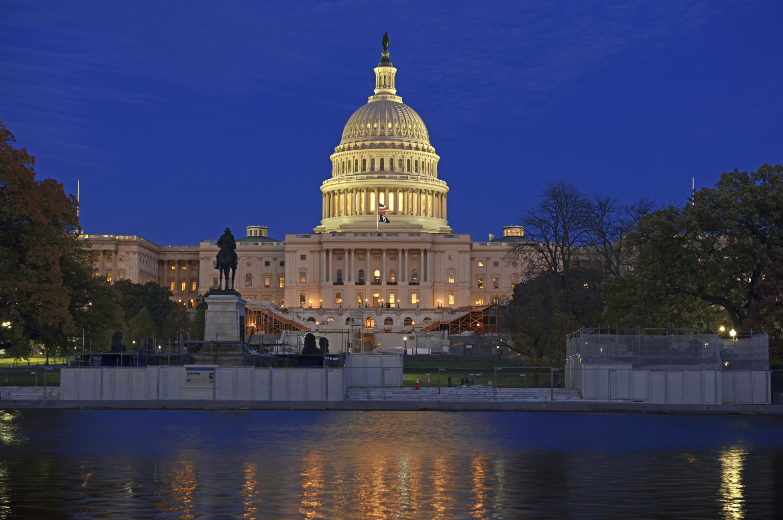 Since the presidential election back in November, the most popular question that comes up in our client conversations is "What does President Trump mean for the economy?" While there is not a simple answer to the question, it is possible that “Trumponomics” stands to impact our economy and the business climate, so we have a few thoughts to share.

We see it as a profound, president-led ideological shift in the political mindset of the Executive Branch of government. President Trump is the first president in many years who is pro-economic growth and appears to be very business friendly. By surrounding himself with other business-minded people instead of career politicians, it is a grand experiment to see if business folks can run government more successfully than career politicians.

What are the implications?

If implemented (and that is a big “if”), Trumponomics has the potential to ignite "animal spirits" or the spontaneous optimism among business decision makers to feel more confident about the prevailing business environment. This is a concept John Maynard Keynes, a famous economist, coined back in 1936 about the role of fiscal policy in macroeconomics. Keynesian optimism can ultimately translate into meaningful economic growth through increased productivity and employment.

So far it appears to be working. Not even 60 days into his presidency, the National Federation of Independent Business's Small Business Optimism Index skyrocketed higher after the election: 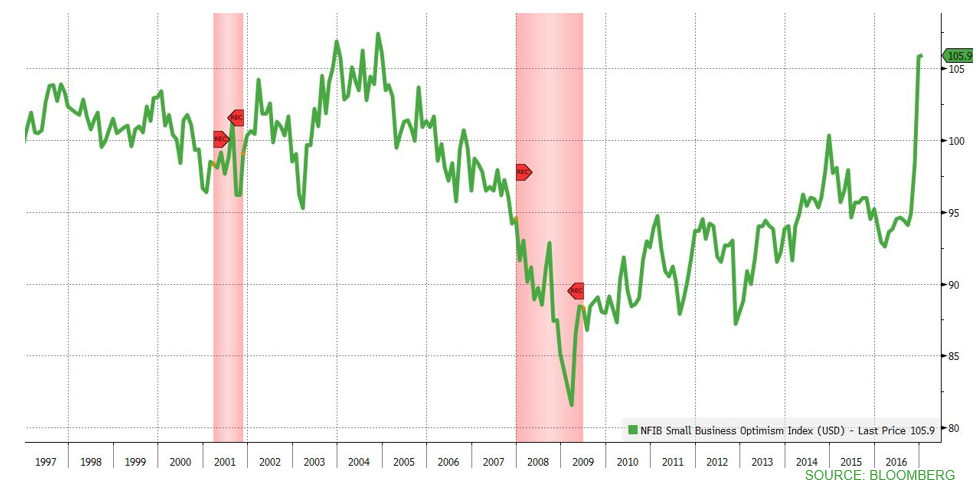 What are the concerns?

Presidents are often the least powerful individuals when it comes to enacting fiscal policy. The true power lies in Congress. And leading the power rankings, of course, are Speaker of the House Paul Ryan and Senate Majority Leader Mitch McConnell. Given the current makeup of Congress, it really does not matter what Trump or even Ryan want. If legislation cannot get passed through the Senate, where Republicans have only a thin majority, then it will not become law.

Related concerns are timing and scope. Nothing may happen until 2018, and whatever does happen may not be "bigly" as hoped. The President today has limited political capital, with many believing he has not focused, and may not focus, on the stuff that really matters to the economy to get deals through Congress.

Finally, the President seems overly concerned with economically inefficient nationalist and protectionist policies, such as anti-immigration and import trade tariffs, both of which detract from economic efficiency.

How will it be judged in the long-term? 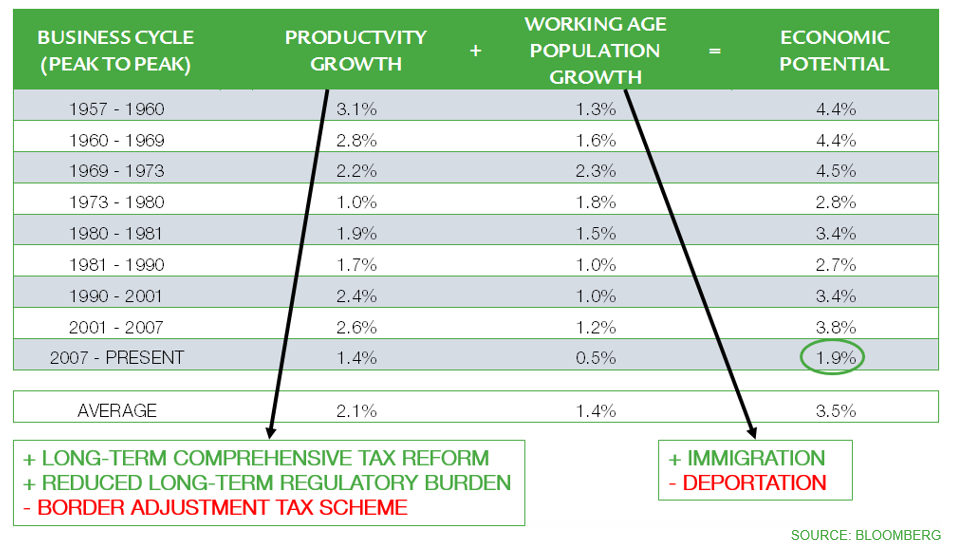 Lower taxes and lower regulatory burden may help increase productivity growth, while the import trade tariffs (aka border adjustment taxes) could detract. Immigration is the only way to increase the growth rate of the working age population (unfortunately we cannot make new 24-54 year-olds out of thin air); it follows that deportation of illegal immigrants reduces the labor supply and takes away from economic potential.

The U.S. stock market has rallied since the election and, to some degree, discounted the future benefit already. If Trumponomics does not come through with significant tax and regulatory reform in the future, there is increased risk of a stock market pull back.