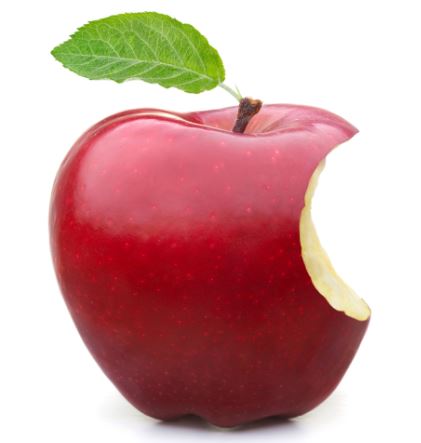 The tale of Ronald Wayne is a crazy (and sad) one.

By now everyone has heard of Steve Jobs and Steve Wozniak, two of the three co-founders of the blockbuster technology company, Apple. Wayne was the third co-founder and owned 10% of the company at its inception back in 1976. While he believed in the long-term prospects of the company, he sold his ownership stake back to the two Steves for $800 (yes you read that right — just $800 — not $80,000, $800,000 or $8 million) because of short-term, emotional issues documented in this interesting Mercury News story by Bruce Newman.

If he kept his investment, it would be worth well over $20 billion today.

That is a massive permanent loss of capital and a great example of how short-term thinking and emotions can cloud an investor's judgment and impair a long-term investment program.

Our recent post “On Potential” outlined a challenging outlook for U.S. GDP growth and, by relationship, the capital-market-return potential for U.S. equities. This lackluster outlook could force some investors to lose their long-term perspective, sell in desperation and really "Wayne" themselves. As we concluded in the post, we are optimistic about the long-term return potential despite economic headwinds.

After recently attending the Berkshire Hathaway annual shareholder meeting and listening to its CEO, legendary investor and third-richest person in the world, Warren Buffett, we are reminded of his wisdom on the importance of a long-term perspective and not pulling a "Wayne":

"Amid this bad news, however, never forget that our country has faced far worse travails in the past. In the 20th Century alone, we dealt with two great wars (one of which we initially appeared to be losing); a dozen or so panics and recessions; virulent inflation that led to a 21.5% prime rate in 1980; and the Great Depression of the 1930s, when unemployment ranged between 15% and 25% for many years. America has had no shortage of challenges. Without fail, however, we’ve overcome them. In the face of those obstacles – and many others – the real standard of living for Americans improved nearly seven-fold during the 1900s ... Compare the record of this period with the dozens of centuries during which humans secured only tiny gains, if any, in how they lived. Though the path has not been smooth, our economic system has worked extraordinarily well over time. It has unleashed human potential as no other system has, and it will continue to do so. America’s best days lie ahead."

In addition to the wars, panics and inflation, we as a people have endured the enormous horror of The Kardashians, Justin Bieber and The Real Housewives train wrecks!

A persistent long-term perspective will continue to triumph.