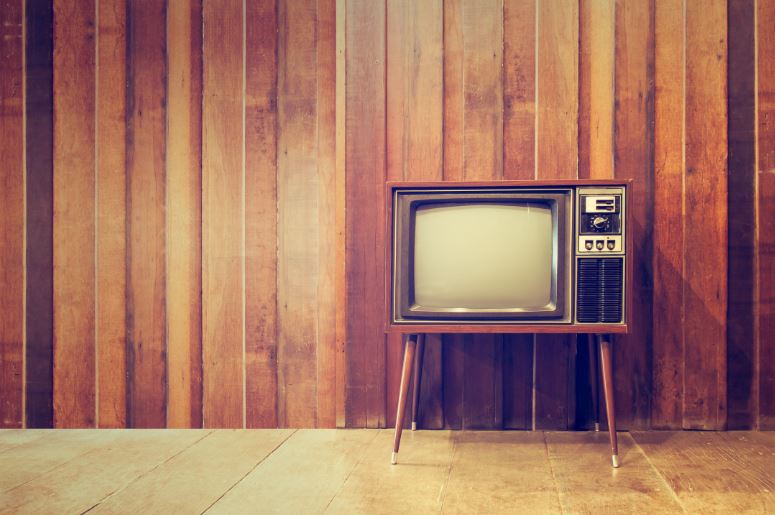 We are living in a challenged cultural moment that finds the U.S. film industry preoccupied with derivative superhero drivel and boring ideological content that is too concerned with upsetting the social justice warrior applecart. Save for a few films this year and last (Green Room, The Invitation and Everybody Wants Some!!, Richard Linklater's "spiritual sequel" to his film Dazed and Confused), there is nothing at the box office that is doing anything new, interesting and emotionally powerful. As a result, the gaping aesthetic hole is being filled by interesting TV content.

A good example is the new Netflix TV series sensation Stranger Things, which seems like the only thing people are talking about these days and has quickly become the most watched TV show on the platform. While most ’80s nostalgia stuff is now passé, this show takes it to a whole new level by bringing back that no-holds-barred escapism that you know and loved in the films of Steven Spielberg (E.T., Poltergeist, Gremlins) and John Carpenter (The Fog, The Thing) as well Steven King’s more sci-fi oriented novels. As kids who grew up in the ’80s and frequently escaped via film and King, we became instant fans of the show.

Something else has become nostalgic for the ’80s: the performance of large cap equities in the U.S. since the lows in 2009! 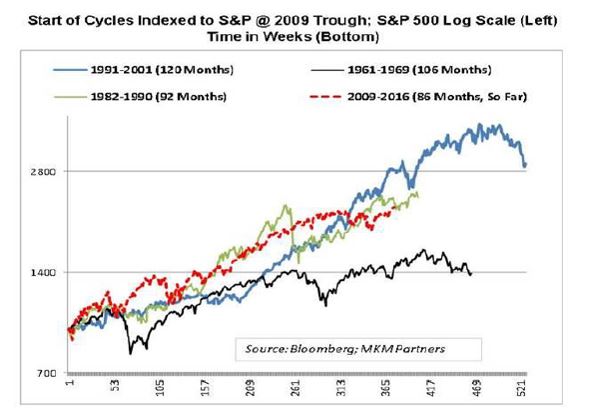 As we have pointed out in the past, we believe the current business cycle is in the later innings. Taking Darda's analysis a step further, the S&P 500 Index gained 12% in 1989 before dropping 20% during the subsequent recession, which was much higher than the average recessionary drop of 34% when looking across all recessions going back to 1928. Similar to the events of the ’80s (call us what we are: nostalgists and escapists!), we do not believe the end of the current business cycle will bring a big equity market decline compared to history.

Now stop thinking about the market and go escape into the supernatural sci-fi world of Stranger Things. You will thank us later!

This material is for informational purposes only and is not intended to serve as a substitute for personalized investment advice or as a recommendation or solicitation of any particular security, strategy or investment product.  The opinions expressed do not necessarily reflect those of author and are subject to change without notice. Past performance is not indicative of future results. Diversification cannot assure profit or guarantee against loss. There is no guarantee that any investment will achieve its objectives, generate positive returns, or avoid losses. Reference to an index does not imply that a portfolio will achieve return, volatility, or other results similar to an index. Performance of an index is not illustrative of any account, portfolio or strategy managed by Sequoia Financial Group. It is not possible to invest directly in an index. Sequoia Financial Advisors, LLC makes no representations or warranties with respect to the accuracy, reliability, or utility of information obtained from third-parties. Certain assumptions may have been made by these sources in compiling such information, and changes to assumptions may have material impact on the information presented in these materials. Investment advisory services offered through Sequoia Financial Advisors, LLC, an SEC Registered Investment Advisor.