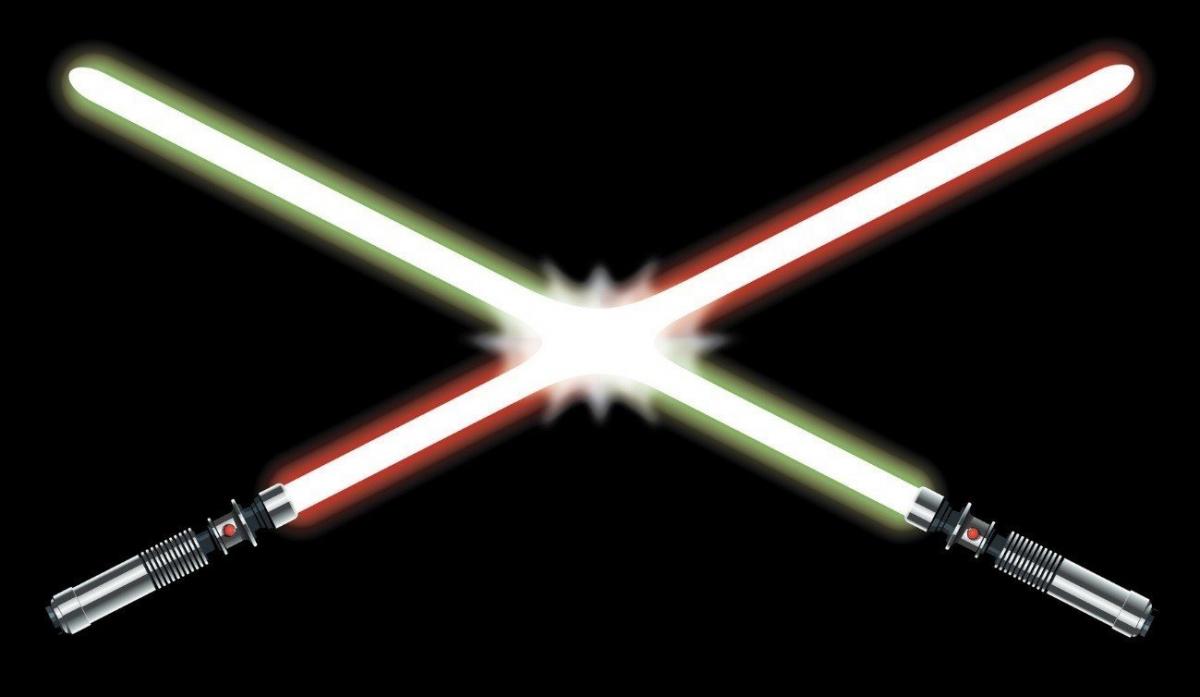 The film franchise has become a cultural touchstone and the original three films (Star Wars, The Empire Strikes Back, & Return of the Jedi AKA "The Original Trilogy"/Episodes IV-VI) will forever reign within the canon of sci-fi films. Some say the resounding sustainability of the franchise is due to the (now-primitive) special effects used at the time or the story's creative characters, but most hardcore film nerds believe it is all about timing.

American film in the 1970s was considered to be the last Golden Age of film-making dominated by the young "New Hollywood" directors, who, under the influence of drugs, French New Wave films and the anti-Vietnam movement, worked as true auteurs at the fringe or completely outside of the Hollywood studio system of filmmaking. Think Scorsese, Coppola, Kubrick, Spielberg and, of course, George Lucas. The great films of the '70s — A Clockwork Orange, Taxi Driver, The Godfather and Jaws to name a few — were dark, disturbing and complicated explorations into morality, good versus evil and escapism. They introduced broad audiences to a more sophisticated work of art. However, nothing hit kids, teenagers and adults all at once quite like the universal appeal of Lucas' Star Wars in 1977.

The timing was just right.

It looks like the marketing machine behind the latest Star Wars film, which was released this past weekend (yes, we were among the fanatics seeing the film late Thursday night!) may get the timing right once again and become one of the biggest box office successes in the history of the world. To the contrary, we are not so sure about the timing of the Federal Reserve Bank's first increase in the short-term interest rate. The federal funds rate, or the key short-term interest rate controlled by the Fed that dictates the rate banks use to lend to other banks, has not been raised in almost 10 years. By raising the rate by 0.25% last Wednesday, the move ends months (years really) of suspense and expectation by investors the world over.

Unlike the new Star Wars film, the interest rate move is both cathartic and anticlimactic for investors considering the long buildup. First, it did not come as a surprise given the Fed's recent guidance from prior meetings and public comments by Fed officials. Second, the effects of the move are not immediate as these type of things take six to nine months to work their way through the financial system.

But the effects are still immense.

This day is likely to be remembered well into the future, for better or for worse depending on who you talk to, because it bookends a remarkable period in U.S. monetary policy history that kept the rate at 0% for exactly seven years (dropped to 0% on December 16, 2008, in the nadir of the financial crisis). This "zero lower bound" is the lowest rate possible without going into negative figures. To put this into perspective, the Bank of England, the grandfather of monetary policy, which can trace its interest rates back to the 17th century, had never hit zero before 2009.

The unprecedented nature of the past seven years raises questions about what might happen in the future and adds an air of uncertainty about the timing of the decision. Raising interest rates could derail the fragile business cycle expansion we are experiencing today. Since the Great Recession in 2008, the U.S. economy has only averaged 2% annual growth (measured by Gross Domestic Product, the aggregate value of the economy's total output). This rate is much lower than the 3% enjoyed prior to 2008-2009:

For an economy stuck in second gear, why make it harder to grow at a faster rate by increasing the cost to companies and consumers to borrow money?

We offer three other observations that suggest the timing might not be so great:
1. The Fed has two main objectives. One is to promote full employment in the economy. Unfortunately, it is still at depressed levels. Pay no attention to the unemployment rate that gets bandied about on a monthly basis by the financial press and pundits on TV. That level of unemployment — currently at 5% — is distorted by a variety of demographic and welfare-transfer problems, namely baby boomers retiring early, twenty-something millennials being supported by their parents and a welfare state that does not encourage job seeking. A better employment indicator to focus on is the ratio of 25-54 year-olds employed compared to the overall population level. This ratio is only 77.4%, half-way between the 80% seen in 2007 prior to the recession and the 75% at the bottom in 2010 (see chart below). By raising interest rates and, therefore, the financing costs to companies, it becomes incrementally harder for them to add new employees. So why now?

2. Keeping inflation around 2% is the Fed's other main objective. The Fed focuses on an inflation measurement that removes the volatile components of energy and food prices; that measurement today is only 1.3% and a long way away from 2% (see chart below). Raising interest rates reduces inflation and vice versa. Why raise rates now and potentially expose the economy to the harmful effects of disinflation and deflation, i.e., a decline in change in the general price level of goods and services in the economy that can encourage delays in purchasing goods and services by companies and consumers?

3. Financial conditions in the economy have passively tightened already (see chart below). While we will not bore you with the details why, think of it this way: it is already much harder for companies and consumers to get a loan today compared to five years ago. Michael Darda, chief economist and market strategist for MKM Partners and a true Jedi in terms of thinking about economics and capital markets, thinks this passive tightening is equivalent to raising short-term interest rates by 0.75%. Why would the Fed explicitly raise short-term interest rates on top of this passive move?

These observations create more questions than answers. To its credit, the Fed looks like it will proceed with its future increases to short-term interest rates cautiously.

Going forward, it is important to note there is a whole generation of young investors around the world that has grown up in circumstances that have now ended, and it will take a while for them to learn the new rules. In the meantime, there will be increased uncertainty as a result of the Fed's recent move.
Han Solo, the bad boy smuggler and key character in many of the Star Wars film, delivered one of the now famous lines in the original film after falling into the Death Star's trash compactor without any hope of immediate survival:

"I got a bad feeling about this."

We too have a bad feeling about the Fed's timing.
...
This will be the last Market Perspective of 2015. Happy holidays and may peace (and the force) be with you!
DATA SOURCE: BLOOMBERG
This material is for informational purposes only and is not intended to serve as a substitute for personalized investment advice or as a recommendation or solicitation of any particular security, strategy or investment product.  The opinions expressed do not necessarily reflect those of author and are subject to change without notice. Past performance is not indicative of future results. Reference to an index does not imply that a portfolio will achieve return, volatility, or other results similar to an index. Performance of an index is not illustrative of any account, portfolio or strategy managed by Sequoia Financial Group. It is not possible to invest directly in an index.