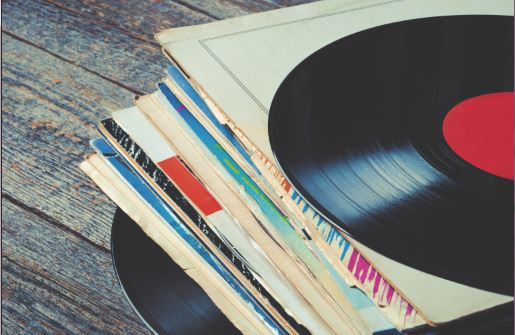 What makes a great song?

The answer, of course, is a matter of opinion. In a 2011 essay written in conjunction with Rolling Stone magazine's update to its 500 Greatest Songs of All Time list, contemporary musical artist Jay-Z offers an interesting answer:

"A great song doesn't attempt to be anything — it just is. When you hear a great song, you can think of where you were when you first heard it, the sounds, the smells. It takes the emotions of a moment and holds it for years to come. It transcends time. A great song has all the key elements — melody; emotion; a strong statement that becomes part of the lexicon; and great production."

The 500 songs selected by Rolling Stone is as good of a list as any — though we would take issue with the aggregate ranking of songs from The Clash, Led Zeppelin, Radiohead, Bowie, Hendrix and Springsteen, which should all be ranked higher. The biggest surprises on the list are some very mediocre (read bad) contemporary pop songs, which we will refrain from listing here.

A relatively new book, “The Song Machine: Inside the Hit Factory” by John Seabrook, does not necessarily explain how these mediocre songs get on the list, but it does explain the popularity of mediocre modern pop music. The secret has nothing to do with Jay-Z's thoughtful description above and everything to do with record labels and music producers developing algorithmic models that analyze streaming music trends from the likes of iTunes, Spotify, and Pandora and cross-referencing those consumer trends with how the brain reacts to hooks, melody, rhythm and repetition. It is all very similar to how food companies market junk food or pharmaceutical companies develop drugs. Of course the problem with these models is that as more people listen to and enjoy mediocre music, the higher mediocre music gets ranked and fed back into the model, and then more mediocre music gets created based on this popularity (and sales!).

We may be stuck with an endless cycle of musical mediocrity forever!

Speaking of having problems with models, we recently attended a presentation by Cleveland Federal Reserve Bank President Lorretta Mester, where she talked about her outlook for the economy and monetary policy. Below are some key comments from her presentation:

"The unemployment rate is now half of what it was at its peak of 10 percent in October 2009. Over the past two years, we've also seen significant improvement in other measures of the under-utilization of labor ... Wage acceleration typically lags the improvement in labor markets, and this time is no different. Average hourly earnings have only slowly accelerated over the past few years, and the employment cost index, which measures total compensation, has risen at about 2 percent a year over the past three years. Some of the anecdotal reports suggest that wage pressures may be building ... So from the standpoint of what monetary policy can do, the totality of the evidence suggests to me that the economy is basically at the Fed's mandated monetary policy goal of maximum employment.”

We take issue with her statement about the Fed achieving "maximum employment" at this point in the business cycle. The Fed's model of unemployment uses the number of people that do not have a full-time job but are actively looking (numerator) divided by the sum of:

3.     people working part-time who want to work full-time but cannot due to economic reasons (the "underemployed").

This model is known as the "U-6" measurement issued by the Bureau of Labor Statistics. The U-6 number is different than the headline official unemployment number that gets announced every month, known as the "U-3" number, which does not include the underemployed group.

In our opinion, there is a problem with their model. A simple denominator problem. If there are people out there that want a job but have given up looking for a job because the job market stinks, they are not included in the denominator. The Fed's measurement underestimates/overestimates unemployment/employment in the economy because of this denominator problem.

A better measurement, in our opinion, is to use what is known as the "Prime Age Employment to Population Ratio" or the number of employed workers between the ages of 25-54 as a percentage of the total U.S. population. The Prime Age component is important because it removes the "Baby Boomer effect,” which can distort the measurement. Today that ratio is only around 78% employed or 22% unemployed. In previous business cycles, employment was higher than 80% (unemployment lower than 20%). The difference between 78% and 80% may not seem like much, but it is enormous in terms of the numbers employed and nowhere near the Fed's goal of maximum employment.

The chart below compares the Fed's U-6 model of unemployment (the white squiggly line) with the Prime Age measurement (green squiggly line). It is clear the Prime Age measurement has not even returned to the 2003 low in employment/high in unemployment during the previous business cycle (green horizontal straight line), while the Fed's U-6 model is now lower than 2003 (white horizontal straight line).

What is the point to our issue with the Fed's preferred model of unemployment? Our point is that the Fed is using this model, which is telling them the economy has reached maximum employment, to make its monetary policy decisions regarding increasing short-term interest rates. A better model in our opinion, the Prime Age model, is saying the economy is not at maximum employment and short-term interest rates probably should not be increased yet for fear of killing the fragile business cycle expansion we have today.