On March 31, 1909, the keel of Titanic was laid in the Harland and Wolff Shipyard in Belfast, Ireland. In order to build Titanic and her sister ship, the Olympic, three slipways were demolished, and newer, larger slips were built to accommodate their massive size. It took more than 3,000 men, 20% of the Harland and Wolff workforce, 26 months to complete the build. These sisters were immense, at least in their day, and although they were nearly identical, several aesthetic and design changes were made to Titanic. Standing at more than 25 stories, and weighing a mammoth 46,000 tons, she was the largest, and heaviest, ship afloat.

Built as part of a trio of ships for the White Star Line, a major player in the transatlantic crossing field, Titanic was 883 feet of the finest amenities and design money could buy. Thomas Andrews, Chief Naval Architect for Harland and Wolff, saw to much of the design work himself, tweaking the design of Titanic’s sister ship, the Olympic, after several features proved less popular than expected. The goal was a comfortable, elegant crossing of the pond.

Along with her swimming pool, Parisienne Café, and smoking room, Titanic was also a marvel of engineering and a paragon of modern maritime safety. The inclusion of 16 watertight compartments in the bowels of the ship were an innovative safety feature. It was this particular design feature that caused the press to give the ship its ironic nickname, “unsinkable.”

The concept is not difficult, the hull of the ship was separated into 16 compartments with watertight doors that could be controlled from a central location. If the ship’s hull were to be penetrated during a disaster at sea, the water could be contained within these compartments and prevent the ship from foundering. In a worst-case scenario, this should have vastly extended the amount of time it would take the ship to sink, making it possible for passengers to evacuate, and rescue far more likely.

There was a fatal design flaw in this innovative safety feature: there were no ceilings in these compartments, and the walls extended only a few feet above the waterline. As the compartments filled, water would spill over, flooding the adjacent compartments.

At 11:35pm on April 14, 1912, while on its maiden voyage, Titanic struck an iceberg. Instead of hitting the berg head-on, after the watchmen in the crow’s nest reported the impediment, the command from the bridge was to turn the ship. The iceberg scraped along the hull, puncturing 6 of the 16 watertight compartments. They flooded, drawing the bow downward, and water began pouring through the anchor chain holes. The watertight doors were useless in this scenario, the ship became like an ice cube tray, one compartment flooding into the next, pulling the unsinkable ship down. Strangely, if the ship had hit the iceberg directly, instead of presenting her flank, the outcome may have been entirely different.

In just a few short hours, after signal flares and S.O.S. messages were sent, with no responding ships within range, the Titanic’s stern slipped below the waves. Of the more than 2200 lives aboard, only 705 survived. The farther removed we become from a historical event, the more we might be tempted to sanitize the experience, reducing the narrative to a handful of anecdotes, proverbial sayings, and statistics. The Titanic disaster remains one of the worst in history and serves as an example of “what not to do.”

More than a comedy of errors, there is, however, no getting around the arrogance and systemic failures (plural) that resulted in such a tragic loss of human life. From ignoring multiple ice warnings, to the decision to maintain speed through an ice field, to nearby ships failing to man their radio rooms at night, there were multiple possibilities for averting disaster. None, however, stand out as much as this: There were not enough lifeboats for the passengers on board the ship, not even by half.

It would be easy to allow the responsibility for that oversight to rest on the archaic maritime laws that had not been updated in generations, and did not require that a ship be equipped with lifeboats to evacuate all passengers and crew in the event of an emergency. The Titanic actually had more boats than the minimum required by the board of maritime safety. Whatever the requirements were, it could not have escaped the notice of shipbuilders that in the event of a foundering ship, surrounded by ocean, loss of life would be a certainty without lifeboat seats for all on board.

The sad reality is that the builders and designers of Titanic did not want to sacrifice the look of the ship, nor the view from her decks, to include more lifeboats that they never believed would be needed. This, more than anything else, points to arrogance as a chief fault in this process. Even more sad, many of the lifeboats aboard Titanic left her decks not filled to their capacity of 70, meaning the loss of life was greater than absolutely necessary.

Our financial wellness is not unlike the building of a great ship. Much thought goes into the manner in which we intend to convey ourselves through this life. From the moment we reach adulthood, we are crafting a ship, laying the keel, plating the hull, riveting the plates, and outfitting the decks that will carry us into the future. We lay the foundations with our education and vocational choices and continue on, building a strong retirement plan. We enjoy crafting elegance in the ornamental spaces of our lives. We gild our lives with travel, family trips, the joy of friends, and the making of memories. These are all good things…but often, there is a fatal gap in our ship building – our safety measures.

No one wants to think about the possibility of disaster. No one enjoys the thought of calamity. Truthfully, no one can plan for every possible eventuality. We can, however, take a lesson from Harland and Wolff, and avoid the most common pitfalls in financial planning. Walking through the process with a financial advisor will help to expose areas that lack proper infrastructure before the unforeseen can happen. Risk and uncertainty can’t be avoided altogether, but we can mitigate them by approaching our financial wellness systematically, working through each phase and stage of life and evaluating its demands and potential issues. Often, we can plan around these events, and build in additional safety for ourselves and for future generations.

If we’ve learned nothing from the sad story of the doomed ocean liner, Titanic, it’s this: crossing our fingers, relying solely on innovation to the exclusion of the proven (and often common sense, like, lifeboats) is a recipe for disaster. Approaching a massive ship-build, and our financial wellness, systematically, offers built-in safeguards for catching potential challenges before they become maritime disasters. 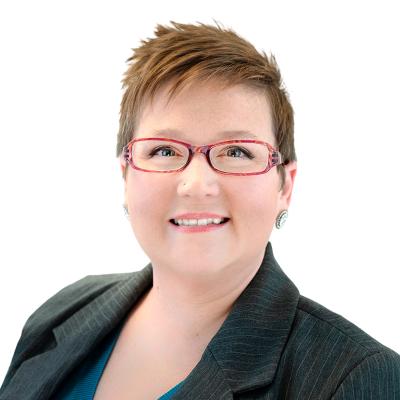 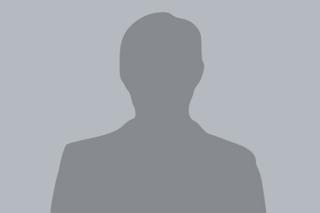 I interface with clients, potential clients, vendors and the Sequoia team to help coordinate schedules, events and resources. You can find me wrangling the flow of information to keep...

On Preparedness and the Titanic | Sequoia Financial Group