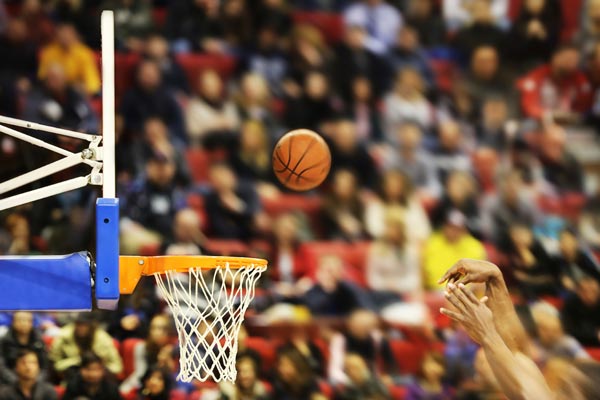 “Prediction is very difficult, especially if it’s about the future.”

Niels Bohr, recipient of the Nobel Prize in Physics in 1922 for his major scientific contributions to atomic structure and quantum theory, was fond of quoting the old Danish proverb above. Bohr is spot on that predictions about the future are difficult enough coming from the perspective of scientific research, let alone trying to predict, oh say, the winners of every March Madness college basketball game.

For those not into sports, March Madness refers to the Division I college basketball championship tournament held annually each March and consists of the top 64 teams across the country. Prior to the start of the tournament, professional sports analysts, fans and wagering enthusiasts alike all spend a lot of time and money predicting how the tournament “bracket” will turn out. Daniel Akst’s recent article on the topic in the Wall Street Journal suggests all of the effort is futile:  the probability of predicting all 67 games of the tournament (4 “play-in games” + 32 “Round 1” games + 16 “Round 2” games + 8 “Sweet Sixteen” games + 4 “Elite Eight” games + 2 “Final Four” games + 1 championship game) is 1 in 128 billion — or about the same chance of getting struck by lightning and eaten by a great white shark at the same time!

Similar to March Madness, there are entire industries based solely on selling predictions and forecasts of the future, with the experts routinely having a high probability of being totally wrong. Weather forecasters are an easy example. Political pundits are another. One has to wonder why the cable news channels continually invite the slick, alleged “know-it-alls” to spew their incorrect political forecasts over and over without any score keeping of the accuracy of those predictions. Our guess is that the potential ratings are too good to pass up. Many viewers want to watch someone who sounds like they know what they are talking about regardless of their accuracy in predicting tomorrow.

In his fantastic book — Expert Political Judgment: How Good Is It? How Can We Know? — Philip Tetlock discusses “whether the world is too complex for people to find the tools to understand political phenomena, let alone predict the future.” His study covered 284 so-called political experts making more than 28,000 forecasts over the course of 20 years. The primary conclusion of the book: the experts were “only slightly more accurate than chance,” e.g., you and I can have a promising career on TV and in print making political guesses about the future!

He goes on to analyze which styles of thinking were more successful in forecasting. Classifying thinking styles using two prototypes of a fox and a hedgehog, Tetlock contends that:

“The fox — the thinker who knows many little things, draws from an eclectic array of traditions, and is better able to improvise in response to changing events — is more successful in predicting the future than the hedgehog, who knows one big thing, toils devotedly within one tradition, and imposes formulaic solutions on ill-defined problems. He notes a perversely inverse relationship between the best scientific indicators of good judgment and the qualities that the media most prizes in pundits — the single-minded determination required to prevail in ideological combat.”

We would be remiss if we did not take our own industry to task as well. The financial services industry is no better in making predictions about the financial and economic future; but keeping score is, perhaps, a bit easier.

As an example, at the beginning of each year Bloomberg surveys investment strategists and economists for their expert predictions on a variety of variables, including the year-end changes in the S&P 500 Index, the price of oil and interest rates. In 2014, the experts were very wrong. In January of 2014, the median guess for the growth rate of the S&P 500 Index was around a 6% year-over-year gain. On December 31, 2014, the S&P 500 Index was up over 13%. The experts missed by over 100%! The price of oil was forecasted to be around $95 per barrel at the beginning of the year; this guess was wrong by 50%! And 72 out of 72 experts predicted higher interest rates in 2014. Not one expert bucked the trend and picked interest rates to be lower in 2014. Of course, it should be no surprise that interest rates declined substantially in 2014.

Here at Sequoia we, as a matter of our investment process policy, refrain from making specific predictions about the future. We do this for a variety of reasons, including:

Howard Marks, the founder and Chairman of Oaktree Capital, wrote one of the best investing books we have ever read: The Most Important Thing: Uncommon Sense for the Thoughtful Investor. In Chapter 14 (“Knowing What You Don’t Know”), he gets to the crux of the matter at hand here:

“No one likes having to invest for the future under the assumption that the future is largely unknowable. On the other hand, if it is, we’d better face up to it and find other ways to cope than through forecasts. Whatever limitations are imposed on us in the investment world, it’s a heck of a lot better to acknowledge them and accommodate than to deny them and forge ahead … If you don’t know what the future holds, it’s foolhardy to act as if you do ... Acknowledging the boundaries of what you can know — and working within those limits rather than venturing beyond — can give you a great advantage.”

We know the boundaries of our knowledge as well as what we cannot ultimately know. Therefore we focus on the things we can figure out today and things we can control to gain an investment advantage. We spend a lot of time working toward an optimal asset allocation and portfolio diversification for the current moment in time given the business cycle that is presented to us. Of course, this does not give us any special powers to predict the future, but it helps us prepare for both positive and adverse developments in the future.

And if it doesn’t work out for us in the financial services industry, we can always slick back our hair, get a tan, don a power suit and go make a living being a “know-it-all” pundit on TV.

The opinions expressed do not necessarily reflect those of author and are subject to change without notice. Past performance is not indicative of future results. Performance of an index is not illustrative of any particular investment. It is not possible to invest directly in an index. Diversification cannot assure profit or guarantee against loss.