I love baseball, and I am ecstatic that Major League Baseball (MLB) and its players’ association finally came to their respective senses and got the 2022 season underway. I also love investing and, with my baseball cap on, I got to thinking what the investment world might look like if publicly traded companies played by MLB rules. In short, I think it would be much less volatile, and more profitable, to own stocks under those rules. Here’s my take:

They could pay their new hires even less than they do now. Both MLB and most companies pay their entry-level employees peanuts. But the case of MLB is the most extreme: in 2021, after getting a big raise, single-A minor league baseball players were paid just $500 per 40-hour week ($12.50/hour) with no overtime pay. Kroger and Target, for example, currently pay their employees twice that much (plus overtime).

Pay for established employees could be locked in at an artificially low level for three years. Employees couldn’t ask for a raise, let alone be granted one. They couldn’t change companies. And obviously baseball players can’t telecommute. After three years, the employee could go to arbitration to seek better pay - in effect, ask a third party to decide what they were worth. But for the next three years, they couldn’t voluntarily change companies or negotiate better pay. They could, however, get traded involuntarily to another company in a random location for the same pay.

It should come as no surprise that artificially restricting pay for highly productive and valuable members of an organization for extended periods of time contributes to hefty and consistent profits. Between 2002 and 2021, the average MLB franchise value increased at a rate of more than 10% annually, without a single negative year. Compare this to the stock market: during that same time period the S&P 500 Index returned an annual average 6.53% ex-dividends (9.27% with dividends) to shareholders/owners of publicly traded companies. But while equity returns have historically been good over the long term, investors in the S&P 500 have periodically had to stomach some gut-wrenching turbulence: performance swung wildly during the 2002-2021 period, with the lowest low at -38% in 2008 and the highest high at +31.5% in 2019, and with three periods of negative returns. For example, while equity market investors suffered through the great recession and a severe bear market in 2008, MLB franchises increased in value.

Owning a Major League Baseball franchise is out of reach, at least for me. But owning a portfolio of publicly traded equities is well within reach, and history shows attractive average annual returns are achievable over the long run - despite the occasional gut-wrenching volatility. If you build an equity portfolio, and hold it for the long term, positive returns are likely to come. 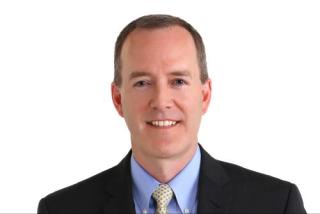 My Field of Dreams: What if S&P 500 Companies Were Run Like MLB Franchises? | Sequoia Financial Group