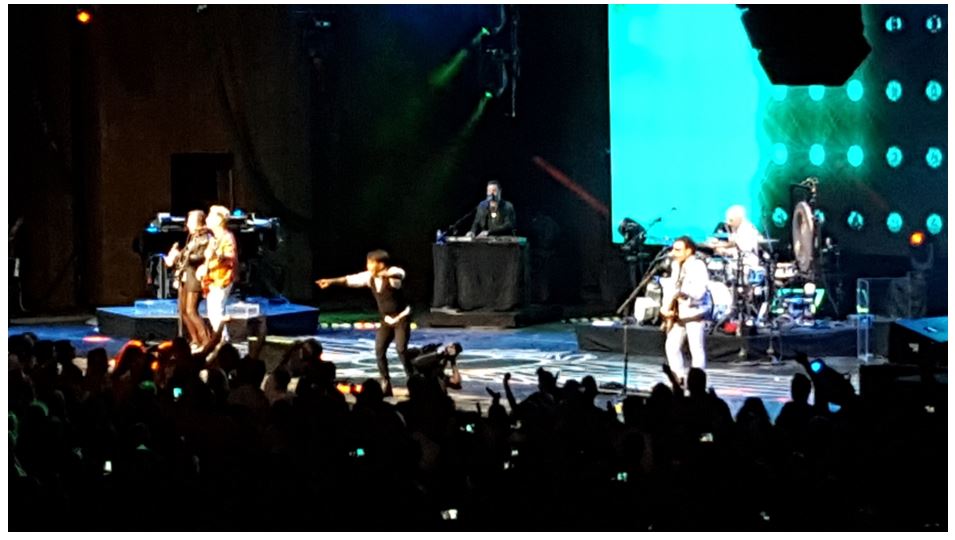 For anyone growing up in the ’80s, the rock band Journey was most likely a big part of their “life soundtrack.”

Any pre-teen boy in the early eighties was most likely obsessed with his father's record collection, and the sci-fi cover art of Departure, Escape and Frontiers just made the music that much cooler. Fast forward to 1988, those same boys — now teenagers chasing girls in the summer after eighth grade — were obsessed with Journey's Greatest Hits (how could you not be — all the best songs on one album!) despite the new love for punk rock as an insurrection against their father's record collection.

Recently we had the incredible opportunity to see Journey perform live at Blossom music center with a friend of the firm. A few years ago his liver was failing, and he was told that he would not survive long enough for a donor liver. His only option was to receive a “live” liver transplant, which was performed at the Cleveland Clinic. The results have been astounding, and he is now committed to raising both funds and awareness for live liver transplants (check out the short video here). He put together a group of 82 people to see the show and "sold" tickets at a premium with proceeds going toward an endowed fund for living donation at the Cleveland Clinic.

It was a beautiful evening devoted to a fantastic cause. But it also was a strange evening for those that remember the Journey of the ’80s. We mostly remember the massive iconic voice and feathered-hair of Steve Perry as the front man. The Journey of today no longer includes Perry as the singer (nor a few other members from the original lineup). In his place is Arnel Pineda, a lifelong Journey fan from the Philippines, who built his early career covering Journey songs before getting the gig of a lifetime as Journey's new lead singer in 2007. He looks nothing like Perry but his voice sounds almost exactly the same. Just as massive and amazing. It was uncanny to hear the exact same vocals but see a completely different person singing. Despite the amazing show, our mind could not wrap itself around the crazy divergence!

The Journey conundrum reminds us of another divergence that we are having a hard time figuring out ... this one has to do with capital markets.

The U.S. equity market — using the Russell 1000 Index as a proxy — recently achieved a new record-high level after eclipsing the May 2015 highs and overcoming a whole slew of headwinds, including the most recent issue of the day — Brexit. At the same time, the yield on the 10-year U.S. Treasury bond recently hit a new record low level of 1.376%:

While there is not necessarily a normal relationship between the two, in very simplistic terms stocks move higher as the economy improves, and an improving economy can result in higher interest rate yields on bonds as inflation increases and monetary policy tightens, e.g., the Federal Reserve Bank increasing short-term interest rates.

Today we have the asset classes moving in opposite directions (stocks up and bond yields down). We will not speculate here why the divergence is happening (we have our theories), but its conundrum has never happened before in U.S. market history. We have no idea how the future direction of the asset classes will play out, but our guess is that somehow the assets converge — stocks fall or bond yields rise or both.

Speaking of convergences, it would be really cool to see both Perry and Pineda on stage together belting out "Don't Stop Believin'"!

This material is for informational purposes only and is not intended to serve as a substitute for personalized investment advice or as a recommendation or solicitation of any particular security, strategy or investment product.  The opinions expressed do not necessarily reflect those of author and are subject to change without notice. Past performance is not indicative of future results. Reference to an index does not imply that a portfolio will achieve return, volatility, or other results similar to an index. Performance of an index is not illustrative of any account, portfolio or strategy managed by Sequoia Financial Group. It is not possible to invest directly in an index.