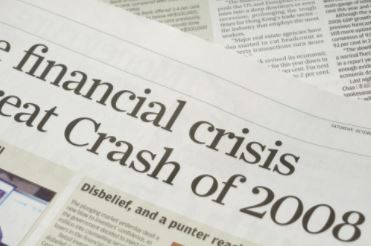 Last week marked the 10th anniversary of the event that some say "officially" started the global financial crisis that brought capital markets to their knees during 2008 and 2009.

On July 10, 2007, bond analysts from the credit ratings department of Standard & Poor's decided to put a small chunk ($7.3 billion) of "subprime" mortgage bonds on "watch" for a downgrade. These bonds were backed by a bunch of mortgages that were given to homeowners who had less-than-stellar credit. Because each bond was comprised of many mortgages given to unrelated borrowers across the country and housing prices were assumed never to go down, the bonds originally were given a "AAA" rating. That meant the chance of default was very, very low despite the credit profile of the underlying borrows. While the seeds of the housing market's demise were sown years before and had already started to cause severe financial stress, the S&P analysts finally started to recognize there was a problem. Their downgrade kicked off a chain of public events that ultimately resulted in downgrades of more than $1 trillion in mortgage-related securities and sent capital markets and our economy into the abyss.

By the way, the severe financial stress referenced above had to do with the slope of the U.S. Treasury bond yield curve at the time. If the yields of U.S. Treasury bonds are plotted on the Y-axis and the term structure of the bonds, e.g., 3 months, 1 year, 10 years and out to 30 years, are plotted on the X-axis, the line would generally slope up and to the right. The yield on a 10-year Treasury bond is normally higher than the yield on a three-month bond; investors want a higher yield to tie up their money for a longer period of time. However, in July of 2007 the U.S. Treasury bond yield curve inverted, causing the three-month yield to be higher than the 10-year yield, for the first time since 2000. Inverted yield curves generally are a sign of financial stress and foretell a coming recession.

Besides the reminder to always pay attention to the yield curve, one of the many lessons we learned from the whole experience is the notion of a "failure of imagination" or the inability to think about all potential outcomes of what can go wrong. At that time market participants assumed housing prices would only go up and could never go down because housing prices (seemingly) only went up during everyone's lifetime. Most everyone assumed housing prices would go up forever. Even if subprime borrowers ran into problems it would not be a big deal because the price of the underlying asset used as collateral (the house) would continue to go up. There was a failure to imagine what would happen if housing prices went down. Very few people studied the financial history of the 1930s and realized housing prices can, in fact, go down!

Though we are not expecting another global financial crisis for a long, long time, we do know the economy will, at some point, find itself in another recession. We also know that capital markets will once again come under pressure sometime soon. Where will the collective failure of imagination be next time around? We think about potential answers to that question all the time and will continue to share our ideas with you in the months ahead.

On an Important Anniversary & Failures of Imagination | Sequoia Financial Group