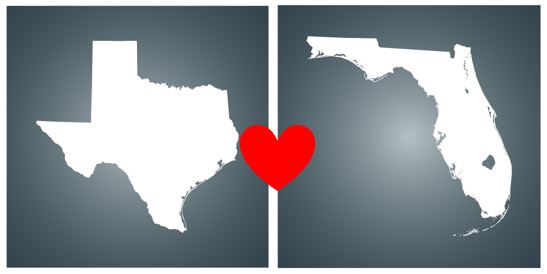 Our hearts go out to our clients, friends and everyone impacted by the recent tragedies of hurricanes Harvey and Irma. We send our best wishes not only to those directly affected, but to the first responders and teams of others aiding in the clean-up efforts and the rebuilding efforts yet to come.

An unfortunate, yet real, circumstance of natural disasters such as hurricanes is the reaction of the equity markets. This topic is on the minds of our clients lately, and we would like to address it by looking at the story of a different sort of hurricane: Hurricane Carter.

Rubin “Hurricane” Carter was a middleweight boxer at the height of his boxing career in the 1960s when he knocked out champion boxer Emile Griffith twice in the first round and won by technical knockout. Three years later he was convicted of murder and sentenced to life in prison despite his firmly asserting his innocence. (For more details on the event itself, listen to the Dylan song "Hurricane," which tells the tragic story.)

Upon entering the jail on his first day, Griffith said to the warden, “I know you had nothing to do with the injustice that brought me to this jail, so I’m willing to stay here until I get out. But I will not, under any circumstances, be treated like a prisoner — because I am not and never will be powerless.” Not only did he refuse to eat prison food, wear the normal prison uniform or see visitors, he refused to show any anger at all. He focused on three things and three things only: (1) most importantly, becoming a better human being; (2) maintaining his innocence of the charges leveled against him; and (3) leaving the prison a free man as soon as possible.

After 19 years and two appeal trials, he did all three things.

And maybe the most amazing thing about Hurricane Carter was when he walked out of prison, he just went back and resumed his life as if nothing happened. He did not ask for an apology from the legal courts or sue for damages. In his words: "Doing so would mean that the world had taken something from me that I wanted back. I had never given up on myself and my innocence, so there was no question of apology or damages. This can’t harm me — I might not have wanted it to happen, but I decide how it will affect me. No one else has the right.”

The recent toil and damage from hurricanes Harvey and Irma are massive obstacles that ultimately the great citizens of Texas and Florida will overcome and overcome triumphantly, as Americans always do in times of duress. These will be become opportunities for growth, economic or otherwise. And that is one of the reasons why equity markets, on average, fare pretty well after hurricane disasters. 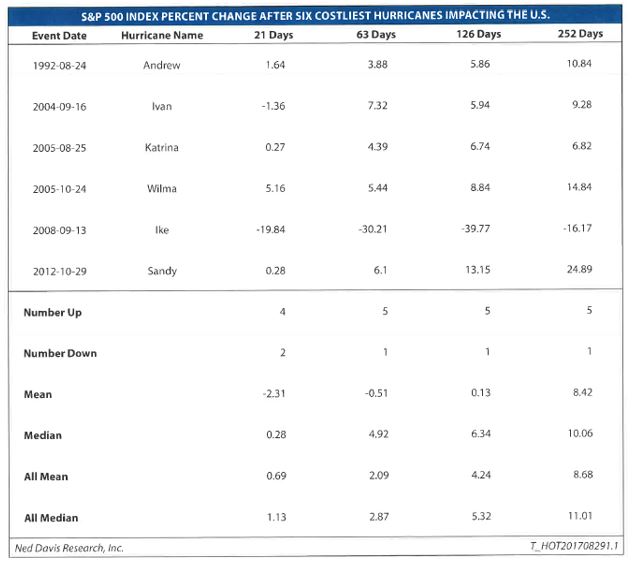 Like Hurricane Carter digging in and improving himself in the midst of disaster, the people in the path and surrounding areas of the two disastrous storms will refocus, rebuild and remake their communities stronger than ever before.