“It’s the most wonderful time of the year!” is a common phrase that sets the tone for the holiday season. With all the lights, decorations, and holiday cheer, it’s not unusual to get swept up into the momentum. Often seen as the season of giving, sometimes our hearts are far larger than our wallets which leads to holiday debt; something many don't think about until after the holidays are over. According to CNBC Americans racked up more than $1000 of credit card debt at the end of 2018 and if you only make the minimum payments it could take more than five years to pay it off.  You can check out the average cost of an American Christmas HERE, in a piece by Investopedia.

Although the emotional and financial impact of the Great Recession has many nervous about the next market downturn, it seems to have had very little impact on debt management. Americans recently broke a record with over $1 trillion in credit card debt according to data from the Federal Reserve, this is the highest level since the Great Recession.

What are the reasons Americans seem to lose restraint regarding the accumulation of debt? A recent holiday poll conducted by creditcards.com reflected that 51% find that the holidays are a valid reason to increase their debt, with men being more willing to add to their debt than women (50% vs 41%). The most common motivation behind it all seems to be making friends or family members happy (46%) and coming in at a close second was making themselves happy (42%). There was a tie for the third reason for digging themselves further into debt with 38% of people stating they wanted to please their partner and the same percentage wanting to please their children. This can be tough to understand, considering almost a third (28%) of shoppers in 2018 kicked off their holiday spending still paying off debt from 2017 holiday season.

So now what? CNBC estimated that consumers this year would spend 75% more than last year, bringing the average to approximately $1,600 on gifts. The following chart from news.gallup.com traces consumer spending plans each October for the holiday season.

It’s our hope that you were able to keep your spending reasonable this year, but   here’s a few tips to keep yourself from drowning in holiday debt in the future.

We understand that in the spirit of giving you can easily get carried away which is why it is important to set boundaries for your holiday spending. However, if you went a little overboard on gifting, creating a plan can help put you in the right financial frame of mind. This is important because it can really jump start your New Year’s resolutions. Remember the joy of the holidays is in your heart not in your wallet, so don’t allow your focus to shift away from why it truly is “the most wonderful time of the year” for so many.

For more information on this topic contact Danielle Washington. 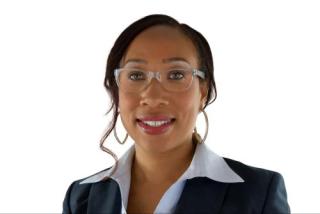 As an advisor in our Guns & Hoses division, I work closely with Michigan law enforcement and firefighters helping them along their path to a successful retirement and making their...

How to Financially Survive the Holidays | Sequoia Financial Group