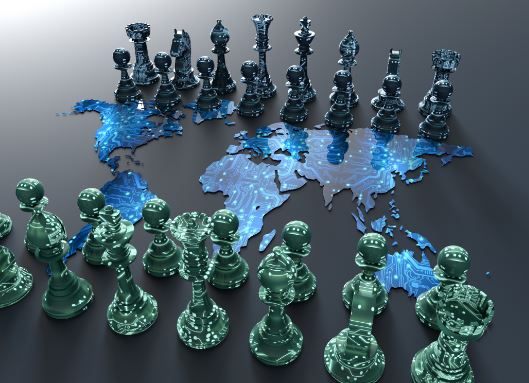 It was only a matter of time after the totalitarian dictatorship launched two missiles in the month of July and verbally threatened to bomb Guam, a U.S. territory in the middle of the Pacific Ocean, in mid-August.

The man in charge over there, Kim Jong-un, is young (he is 33 years old) and inexperienced (again, he is only 33 years old) and loves blowing up bombs and threatening to do a lot more. Most consider him crazy, but he seems to view himself as only trying to get what he wants and perpetuate the “family business” started by his grandfather.

Contrast Kim with another leader who was young, inexperienced and perpetuating a family business: John F. Kennedy. During the Cuban Missile Crisis he was only 45 years old, labeled as inexperienced after the botched Bay of Pigs invasion, and following in the Democratic-party footsteps of his grandfather. But John F. Kennedy was a model of grace under pressure during the geopolitical chess match against Russia.

We can only hope cool heads prevail, but in the meantime we would not worry too much about the market's reaction in the event of a military escalation, if history is any guide. The table below, compiled by Strategas Research Partners, shows the performance of the S&P 500 Index (a collection of the largest 500 companies in the U.S.) after major geopolitical events: 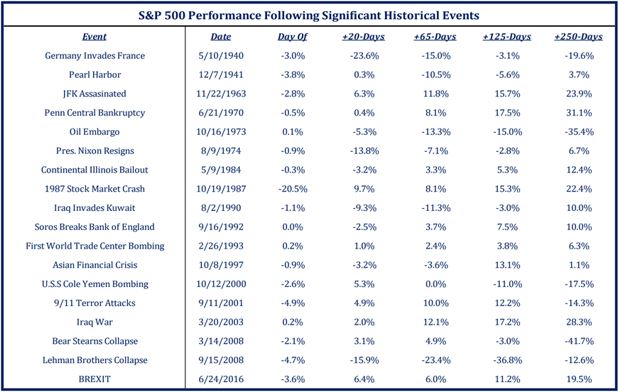 At the time some of these events occurred, at least for the ones that we were around to experience, they seemed to be a pretty big deal. But interestingly, the ultimate market fallout after a short period of time was rather benign or even non-existent.

Geopolitical events can spook investors for a day or two, but what sustainably spooks investors for long periods are recessions. Most bear markets happen right before or at the onset of a turn for the worst in the business cycle. Unfortunately not even cool heads can overcome recessions!