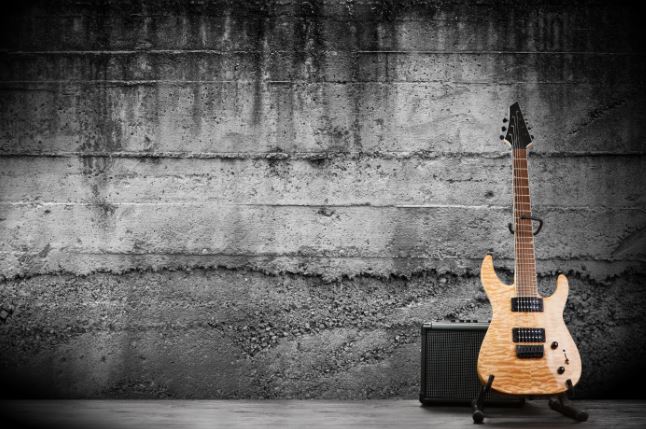 It's fascinating to think how one seemingly small event can set the course of history in motion forever.

One of our favorite examples from 1966 will blow your mind.

Almost 60 years ago to the day a legendary gig went down at Bag O' Nails, a small Soho London concert club. The small audience included some then-young, somewhat obscure but up-and-coming British musicians you may have heard of: Eric Clapton; three of the four Beatles (McCartney, Lennon, and Starr … not sure where George was); Mick Jagger and Brian Jones of The Rolling Stones; Jimmy Page; Pete Townshend of The Who; Jeff Beck and Donovan of Donovan and Jeff Beck Group; and various members of The Smalls Faces and The Animals. All of these cats were there to see a skinny 20-something black American guitarist who had been causing a bit of stir since his arrival on the scene a month prior.

And Jimi Hendrix blew them away that night.

The blues rock guitarist Terry Reid, who was also in attendance, tells a story about how he went into the bathroom right after the performance and ran into Jones who said: "It's all wet down in front." Reid replied: "What are you talking about? I can't see any water." Jones: "It's all wet from all the guitar players crying!"

Though Clapton summed it up best: "Hendrix's performance rewrote the manual for rock-n-roll guitar and every guitarist who was there that night was forced back to the drawing board."

From the drawing board, they went on to change rock-n-roll music forever.

Similarly today there are some people saying the election of Donald Trump may be one of those events that sets the course of history forever. Who knows? From our perspective, it is the course of capital markets that matter most and something that we have been thinking a lot about lately.

As we mentioned on December 1:

Capital market participants very quickly came to the conclusion that President-elect Donald Trump could deliver a number of pro-growth economic initiatives, including: (1) overhauling our tax policies to make corporate tax rates more globally competitive, (2) lowering personal income tax rates, and (3) increasing direct federal stimulus in the form of more infrastructure spending. All of these things would increase the productive potential of our economy, meaning demand, and would result in higher inflation. With higher inflation should come higher interest rates.

There is no doubt the election can be a game-changer, and, since then, U.S. equity markets are up and so are interest rates according to Bloomberg. If this event results in an increase in the productive potential of our economy, then the moves in equities and interest rates would be justified and history made.

But we still feel the market's reaction may be a bit too much, too soon as the burden of proof is still bleary. There is an incredible amount of optimism priced into capital markets at this point based only on political conjecture. There is still a long, long way to go from fiscal policy proposals to actual execution and into final law with real change. The political sausage-making process is ugly. Capital markets seem to suggest every economically positive policy proposal, such as tax cuts, will be enacted; and every economically negative policy proposal, such as protectionist trade measures and removing illegal immigrants, will not.

Of course we cannot forget the Federal Reserve Bank. Last week, the Fed raised short-term interest rates for only the second time since 2006 and now anticipates increasing further in 2017 (Bloomberg). Furthermore, Chairwoman Janet Yellen has now said on more than one occasion that if fiscal stimulus in the form of tax cuts and increased government spending stoke too much inflation, then aggressive monetary policy may be used to offset any positive economic boost.

Monetary policy can always trump (no pun intended!) fiscal policy. To that point, as we have said many times in the past, since the Fed was created in 1913, every business-cycle expansion — save the military resource drawdown after WWII — ended after the Fed started raising interest rates (Bloomberg). This time may not be different, and the Fed may make another monetary policy mistake by raising rates too far, too fast or both.

Given the potential conflux of events, the near-term future should prove to be interesting. We hope the election of Donald Trump and his policy regime brings about a real increase in the productive potential of our economy. That would be fantastic. However we don't think it could result in anything that is as awesome as Clapton and his band Cream creating "Sunshine of Your Love," the Stones’ Beggar's Banquet album, or Page forming Led Zeppelin … all of which happened a mere two years after Jimi Hendrix changed the world forever.