As with the previous week, equity markets were generally flat last week as investors absorbed earnings season, continued strong economic data and more details on potential tax increases. The S&P 500 was barely positive at +0.04%, while most other averages were slightly negative (see footnote 1). However, the yield on the 10-Year Treasury broke with recent weeks and rose seven basis points from 1.58% to 1.65% (see footnote 1).

As we noted last week, earnings beats have been strong with 86% of companies reporting thus far beating Wall Street estimates (see footnote 2), yet names like Apple, Amazon and Microsoft all fell after releasing strong earnings data. To us, this price action implies that investors are demanding even stronger earnings given current prices, especially if interest rates begin to rise sharply again. As we’ve stated since last fall, we think the path of interest rates is a critical piece for market performance looking forward. Rising rates can make even spectacular earnings look less attractive. We think the tug of war between a strong economy with potentially higher rates and equity valuations will continue to influence equity prices for the balance of the year.

On the economic front last week, strong data continued to roll in with durable goods orders, consumer confidence, initial jobless claims, and personal income and spending all pointing to strong economic growth potential (see footnote 1). We also got confirmation of the economy’s strength in Q1 2021 with GDP coming in at 6.4% (see footnote 1), a strong number that sounds more like growth in an emerging market rather than the US. Still, we “better be careful what we wish for” with strong economic data as it may lead to higher interest rates and inflation. Core PCE prices, a metric watched by the Fed, came in higher than expected last week and many companies reported increased cost pressures during earnings releases, including Warren Buffet during his analysis of Berkshire Hathaway’s results (see footnote 1). However, as Fed Chairman Powell laid out during his press conference after last week’s Fed meeting, monetary policy makers are squarely focused on the unemployment situation and view any increases in inflation as “transitory” (see footnote 1). Time will tell, of course, but in the meantime, this is something our team will be closely monitoring.

The other market moving news last week was some additional clarity on proposed tax policy changes. Markets have largely shrugged at tax news thus far but may become more sensitive as additional details emerge. We will be patient and disciplined around any tax changes and will continue to monitor details as the year progresses.

In all, it was the second consecutive week of consolidation as investors digest earnings season, strong economic data, and potential policy changes later this year and into 2022. We remain focused on a well-balanced, diversified portfolio paired with patience, discipline, and periodic rebalancing as keys to long-term investing success

The week ahead will feature key economic data releases and 133 S&P 500 companies reporting earnings (see footnote 2). Of particular interest economically will be the ISM Manufacturing and Non-Manufacturing indices, factory orders, initial jobless claims, and Nonfarm Payrolls. Key earnings releases from names like Pfizer, CVS, ConocoPhillips, General Motors, PayPal, Uber, and others will be watched closely. We anticipate an impactful week for market participants and prices for asset classes. 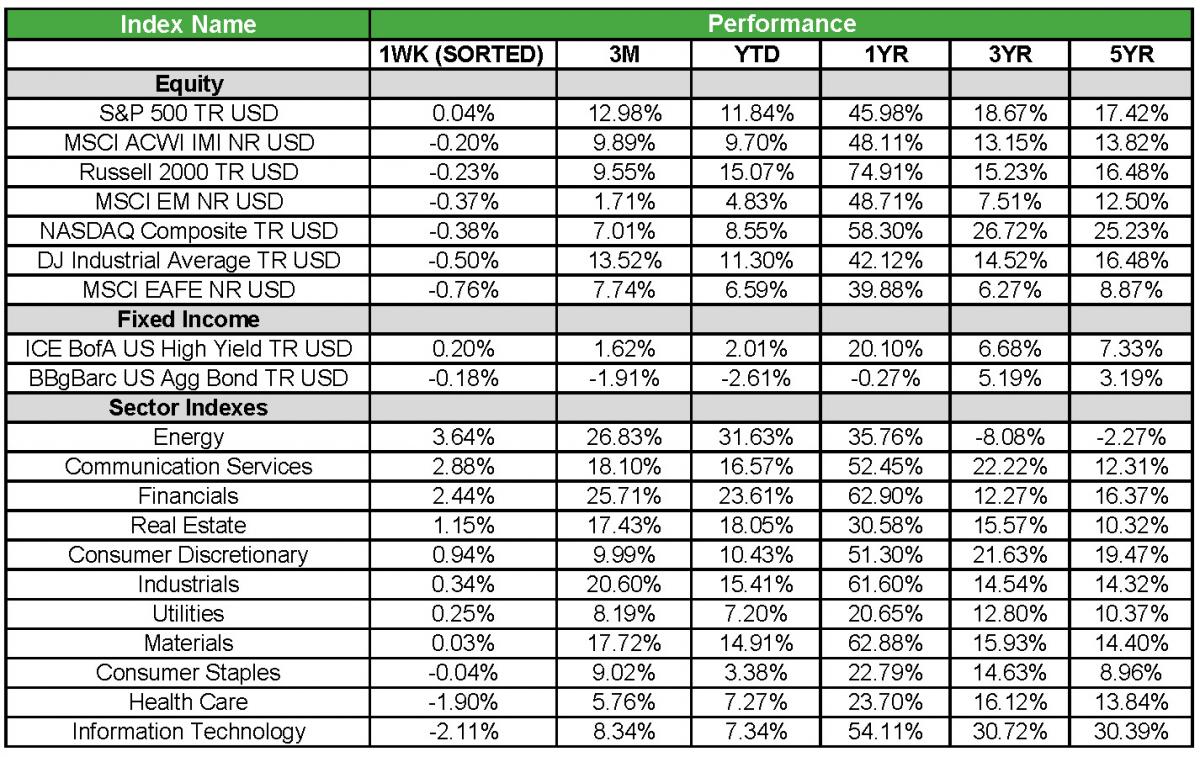 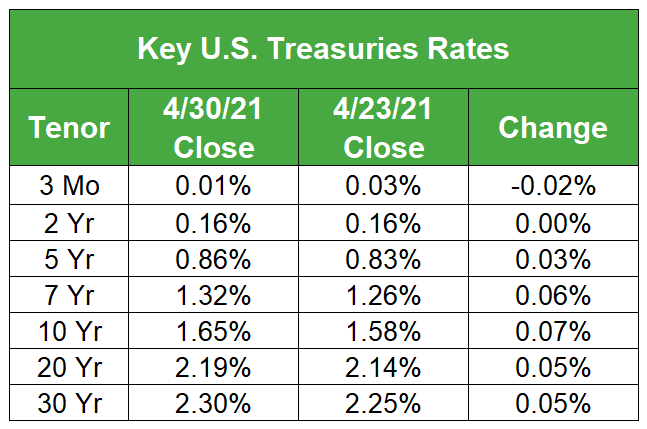 As Chief Investment Officer, I work with the Asset Management Team on investment portfolio decision-making. My primary goals are to deliver high-quality investment solutions and helpful...