It was one of the worst first halves of a year in financial market history: the S&P 500 Index lost 19.96%, the NASDAQ Index was down 29.23%, and our global benchmark, the MSCI ACWI IMI, was down 20.44%1. Bonds offered little refuge as the Bloomberg Aggregate Bond Index was down 10.35%1. Here we detail what we believe are the key factors behind the selloff and our perspective on the remaining six months of 2022.

We believe the outlook for financial assets through the rest of this year is supported by a changing inflation environment. We think the Fed will not need to be as aggressive in fighting inflation in H2/22 because many of the factors that the caused the rapid surge of inflation appear to be subsiding:

Odds in favor of recession and a continued bear market have increased but, as of now, this is not our assumption for the following reasons:

We again reiterate that this environment requires patience, balance and discipline from investors. We do not know exactly when inflation and related volatility with subside, so we want to focus on what we can control. We are longer-term investors, not day traders. We think investors should be prepared for continued volatility and consider these actions now: 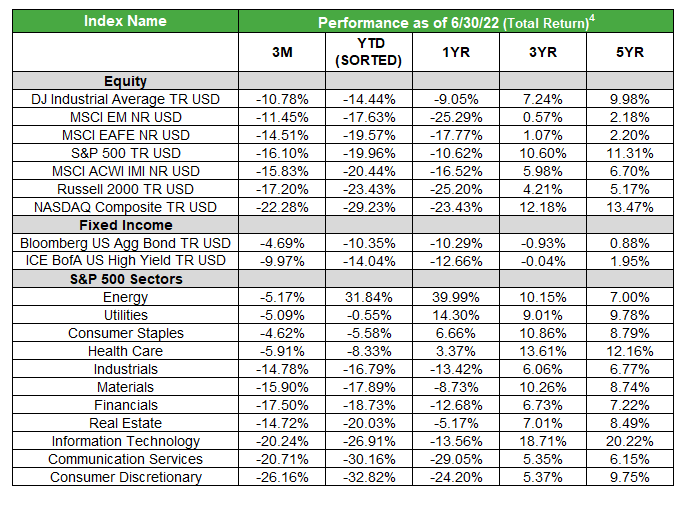 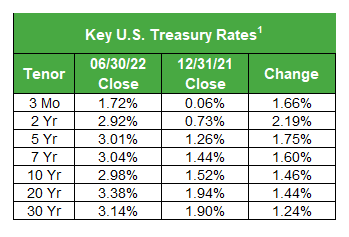 Thank you for your confidence in our team during this time of volatility,