Two of the main arguments against a sustainable and improving U.S. economy are the lack of spending on capital goods and a downturn in the housing recovery due to higher interest rates. We tackle the former.

Many economic pessimists cite the “chicken or the egg” scenario that corporate CEOs are hesitant to make long-term investments in their business because they simply do not have the confidence the economy is going to improve. These pessimists seem to be overlooking one important economic data point: the ISM New Orders Index has been above 60 now for five consecutive months through December, and there is no evidence in forward looking data that capital goods spending would be on a sustained downward trajectory as economic pessimists fear. Despite unnecessary handwringing over recent downside volatility in capital spending data, core capital goods spending has rebounded nearly back to cycle highs: 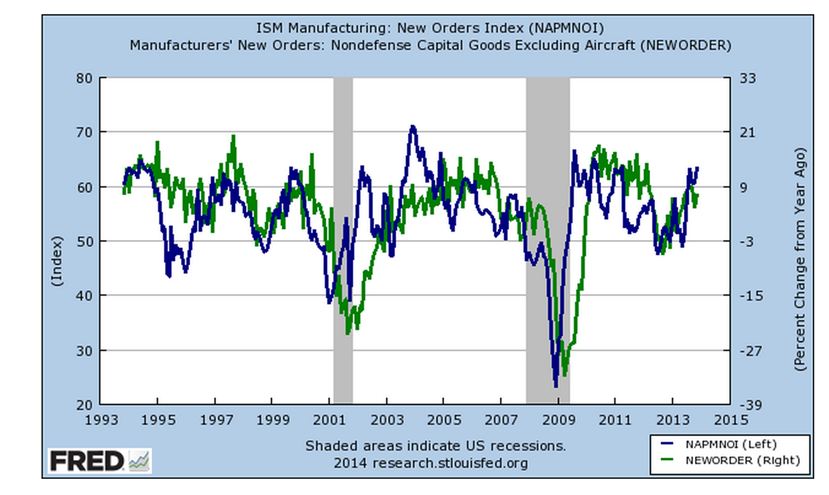 As we frequently point out, the leading indicators have proved both forward looking and accurate.