We recently read a terrific market study that hoped to answer the question what transpires in the market in years after the market has been up 20% or more the previous year. Interestingly since 1975 there were 11 instances of stock market move greater than 20% year in a year. In the year following, whether the market was up or down, there was always a correction that came in the first quarter. It happened every time. Six times the high was made in January, one time in February, and four times it was made in March. The average decline was almost 7% and lasted about four weeks.

The probability of a Q1 market pullback is augmented by the Investors Intelligence Bulls sentiment report (latest shown below). As a reminder, every time in the last 20+ years that the bulls got over 60%, the market corrected. There were some extremes and some quite mild, but the average decline was between 5-6% and lasted 4-8 weeks. 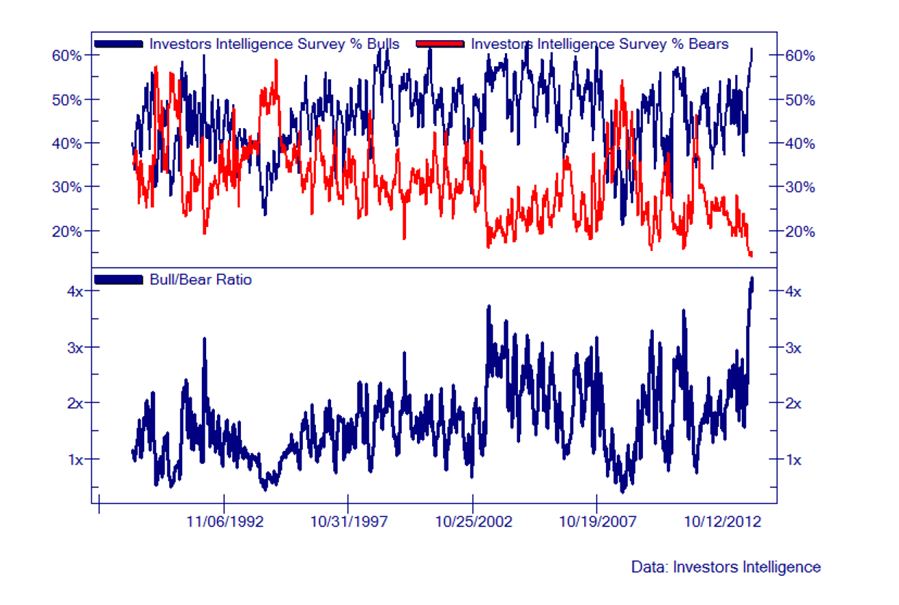 Logically, pulling both the 20%+ years data and the sentiment poll data together would suggest a higher than normal probability for of a correction (suppose the shock would be if there was no correction in 2014).